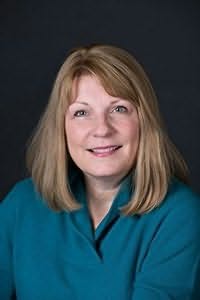 Juliette Harper is the pen name used by the writing team of Patricia Pauletti and Rana K. Williamson. As a writer, Juliette's goal is to create strong female characters facing interesting, challenging, painful, and at times comical situations. Refusing to be bound by genre, her primary interest lies in telling good stories.

Six of Juliette's series are currently available. Juliette's newest creation, The Jinx Hamilton Mysteries opens with Witch at Heart, a lighter paranormal / fantasy tale featuring a heroine who possesses powers she never dreamed existed.
Jinx has been minding her own business working as a waitress at Tom's Cafe and keeping up with her four cats. Then she inherits her Aunt Fiona's store in neighboring Briar Hollow, North Carolina and learns that her aunt has willed her special "powers" to Jinx as well. They say admitting you have a problem is the first step and Jinx has a major problem. She's a new witch and she has no earthly clue what that means -- until she's given the opportunity to use her magic to do a good thing.
Series
Lockwood Legacy
1. Langston's Daughters (2014)
2. Baxter's Draw (2015)
3. Alice's Portrait (2015)
4. Mandy's Father (2015)
5. Irene's Gift (2015)
6. Jenny's Choice (2015)