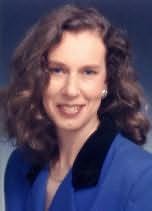 Flying an eight hour solo cross-country in a Piper Arrow with only the airplane's crackling radio and a large bag of M & Ms for company, Sylvie Kurtz realized a pilot's life wasn't for her. The stories zooming in and out of her head proved more entertaining than the flight itself. Not a quitter, she finished her pilot's course, earning her commercial license and instrument rating.

Since then, she's traded in her pilot's license for a keyboard, where she lets her imagination soar to create fictional adventures that explore the power of love and the thrill of suspense.

When not writing, she enjoys the outdoors with her family, quilt-making, photography, and reading whatever catches her interest.

Series contributed to
Eclipse
6. A Rose At Midnight (2005)