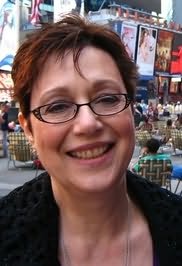 (b.1949)
Loretta Chase attended New England public schools. she diagrammed sentences. She was  drilled in spelling and grammar. This brutal process proved useful in later life. It turned out that everything they taught me in school—including the evil word problems in math—was useful in later life.
But no one ever paid her for writing until after college graduation, when she started moonlighting as a corporate video scriptwriter. This led to the fateful meeting with a video producer who lured me into writing novels and eventually became Mr. Chase.
The books resulting from this union have won a surprising number of awards, including the Romance Writers of America Rita.experience as a meter maid.Her books have won many awards, including the Romance

Lessons in French (2010)
Laura Kinsale
"A truly gifted writer, Laura Kinsale is one of the romance genre's brightest stars."