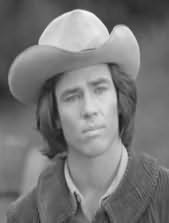 (1945 - 2017)
Richard Hatch has enjoyed over two decades of international recognition as an actor. He starred in such televised series as The Streets of San Francisco with Karl Malden and BATTLESTAR GALACTICA, for which he received a Golden Globe nomination for his portrayal of Apollo. With author Christopher Golden, he co-wrote the Galactica novels ARMAGEDDON and WARHAWK (released in 1997 and 1998 by Pocket Books), which reignited interest in the franchise.