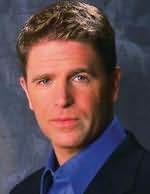 (b.1970)
Brad Thor studied Creative Writing at the University of Southern California under renowned author T.C. Boyle. He is the #1 New York Times bestselling author of eighteen thrillers, including Spymaster, Use of Force, The Last Patriot (nominated best thriller of the year by the International Thriller Writers Association), Blowback (recognized as one of the “Top 100 Killer Thrillers of All Time” by NPR), The Athena Project, and Foreign Influence (one of Suspense Magazine’s best political thrillers of the year).

Day by Day Armageddon (2004)
(Day by Day Armageddon, book 1)
J L Bourne
"There is zombie fiction and then there is crawl-out-of-the grave-and-drag-you-to-hell zombie-fiction. 'Day by Day Armageddon' is hands-down the best zombie book I have 'ever' read. 'Dawn of the Dead' meets '28 Days Later' doesn't even come close to describing how fantastic this thriller is. It is so real, so terrifying, and so well written that I slept with not one, but two loaded Glocks under my pillow for weeks afterwards. J.L. Bourne is the new king of hardcore zombie action!"

Banquo's Ghosts (2009)
Keith Korman and Rich Lowry
"Banquo's Ghosts is an intelligent, supercharged thriller... This is what the modern espionage novel is all about."

Play Dead (2010)
Ryan Brown
"Everything is bigger in Texas, even the zombies. PLAY DEAD is fast, funny, frightening."

Early Warning (2010)
(Devlin, book 2)
Michael Walsh
"Michael Walsh is the new master of the political thriller. With the sophistication of Forsyth, the intrigue of le Carré, and the intensity of Ludlum, Early Warning is an incredible thriller. This book should be stamped Satisfaction Guaranteed!"

National Security (2011)
(Jericho Quinn, book 1)
Marc Cameron
"One of the hottest new authors in the thriller genre... Terrifying... In one word: Awesome."

I Am Pilgrim (2013)
Terry Hayes
"'I Am Pilgrim' is [a] gripping debut novel, which pits a brilliant intelligence operative against an equally brilliant terrorist. Weighing in at over 600 pages, you get your money's worth and more with this thriller."

The Escape Artist (2018)
Brad Meltzer
"Brad Meltzer has done it again! THE ESCAPE ARTIST is an exciting, cutting-edge thriller you will not be able to put down. If you love twists, tension, and tons of amazing characters, treat yourself to this gripping tale by one of the absolute best in the business."

Man of War (2018)
(Eric Steele, book 1)
Sean Parnell
"An exciting, action-packed debut! Bristling with intrigue, deceit, power, and treason—once you pick this book up, you will NOT be able to put it down. Sean Parnell has knocked it out of the park!"

And Then You Were Gone (2019)
R J Jacobs
"A gripping psychological thriller filled with suspenseful twists and turns!"