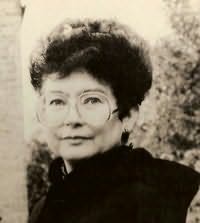 Brenda Jagger was born on 1936 in Yorkshire, England, UK, which was the setting for many of her books including her famous Barforth family saga. The recurring central themes of her work are marriage, womanhood, class, identity, and money in the Victorian Era. Her work has been praised for its compelling plots and moving storylines as well as its exacting emotional descriptions. Her later novel A Song Twice Over won the Romantic Novel of the Year Award in 1986.