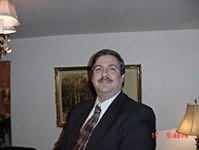 Loren K. Jones is an American, living near Tampa, Florida, in the United States. He married Pamela A. Willis in 1983 and they have stayed together for thirty-three years. They have three adult children, and four granddaughters. A US Navy veteran, Loren served as a nuclear reactor operator on attack submarines for six years before his honorable discharge in 1986. Loren makes his living as an instrumentation and controls technician, and writes because the stories won’t leave him alone until he does.