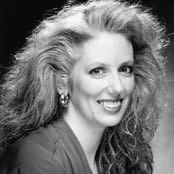 A pseudonym used by Susan Holloway Scott
Susan Holloway Scott's first book was written under the pen name of Miranda Jarrett. That book, a historical romance set during the American Revolution called Steal the Stars, was published in 1992 by Harlequin Books, and Susan's new career was on its way. As Miranda Jarrett, she has written more than thirty bestselling historical romances for Harlequin and for Pocket Books.

With over three and half million books in print, Miranda's award-winning books are read in eleven languages and in sixteen foreign countries around the world. She has been a frequent speaker at writers' conferences, and she has served on the executive board of Romance Writers of America.