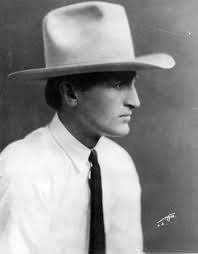 Canada (1892 - 1942)
Will James (1892-1942), artist and writer of the American West, was born Joseph Ernest Nephtali Dufault. It was during his creative years everyone grew to know him as Will James. During the next several years, he drifted, worked at several jobs, was briefly jailed for cattle rustling, served in the army, and began selling his sketches and in 1922 sold his first writing, Bucking Horse Riders. The sale of several books followed.

An artist and author of books about the American west and, in particular, horses, Will James wrote the 1926 book "Smoky the Cowhorse". It was awarded the John Newbery Medal in 1927, and remains in print to this day. Several movie adaptations of the story have been created, including a 1933 version that included Will James himself as the narrator.

His fictionalized autobiography, Lone Cowboy, was written in 1930. He also wrote Home Ranch (1935) and he wrote his last book, The American Cowboy, in 1942. In all, he wrote and illustrated 23 books.

In 1991, Will James was named a member of the Nevada Writers Hall of Fame.