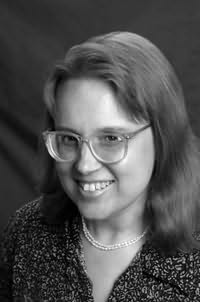 Rosemary Jones works for an opera company (writing, not singing) and has been a writer for several different types of community newspapers and trade magazines, including a stint on a Chinese-language newspaper and writing for a maritime magazine. Her nonfiction books include a series on book collecting published by Schroeder and her short stories have appeared in anthologies published by Phobos and Wizards of the Coast.