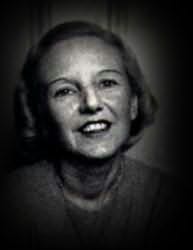 aka Helen Ferguson
After publishing a number of conventional novels as Helen Ferguson, two of which included a character named Anna Kavan, the author suffered serious mental illness and became a registered heroin addict. She then emerged with Asylum Piece, an amazing series of connected stories, written under her invented persona Anna Kavan, depicting in an intense and original manner the clinical states of mind that she had experienced. She went on to a life of constant drug addiction that switched between productive periods as a novelist, painter, and editor, wife and mother, and suicidal intervals with long stays in mental hospitals. Kavan's fiction, haunting, shocking and implacable, represents a major artistic accomplishment and provides a signpost into a world where addiction and depression are claiming so many perceptive and creative people. She died by her own hand in 1968.
Novels
A Charmed Circle (1929) (as by Helen Ferguson)
The Dark Sisters (1930) (as by Helen Ferguson)
Let Me Alone (1930) (as by Helen Ferguson)
A Stranger Still (1935) (as by Helen Ferguson)
Goose Cross (1936) (as by Helen Ferguson)
Rich Get Rich (1937) (as by Helen Ferguson)
Change the Name (1941)
The House of Sleep (1948)
aka Sleep has his House
The Horse's Tale (1949)
A Scarcity of Love (1956)
Eagle's Nest (1957)
Who Are You? (1963)
Ice (1967)
Mercury (1994)
The Parson (1995)
Guilty (2007)