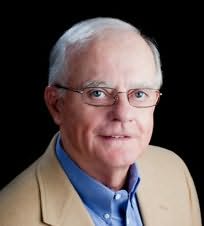 Arthur Kerns spent most of his FBI career in New York City and Washington, DC. Following graduation from college, he did a stint with the US Navy amphibious forces, and then joined the FBI with a career in counterintelligence and counterterrorism. Retiring from the FBI, he became a consultant for the Director of Central Intelligence and the Department of State. His lengthy assignments took him to over sixty-five countries. He attended Archmere Academy in Claymont, Delaware, earned a degree in International Relations from St. Josephs College in Philadelphia, and received an MBA from New York University. He spent a year studying Arabic at the Defense Language Institute in Monterey, California. A past president of the Arizona chapter of the Association of Former Intelligence Officers, he tries to spend as much time as possible in the Monterey California Bay area. His award-winning short stories have been published in a number of anthologies, most recently, SoWest: Desert Justice.
Series
Hayden Stone Thriller
1. The Riviera Contract (2013)
2. The African Contract (2014)
3. The Yemen Contract (2016)