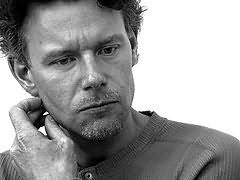 His writing can also be seen in the Swedish newspaper Dagens Nyheter. He published Barbarer (2001) and Maria och Artur (2006) under his own name, but under his pseudonym he has written the A-gruppen (Intercrime) series, involving the A-team, a group highly trained in dealing with criminal cases in Sweden.

The Wolf and the Watchman (2019)
Niklas Natt och Dag
"An unexpected masterpiece, a wild and unusual mix of genres that in one fell swoop succeeds in renewing the entire crime fiction genre."