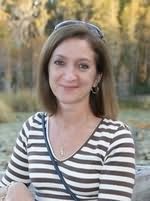 Alyssa Maxwell began a love affair with the city of Newport while visiting friends there back in her high school days. Time and again the cobbled lanes and harbor side, gas lit neighborhoods drew her to return, and on one of those later visits she met the man who would become her husband. Always a lover of history, Alyssa found that marrying into a large, generation sold Newport family opened up an exciting new world of historical discovery. From the graveyards whose earliest markers read from the seventeenth century, to original colonial houses still lived in today, to the Newport Artillery Company whose curator for many years was her husbands grandfather, Newport became a place of fascination and romantic charm.
Today, Maxwell and her husband reside beneath the palms and bright skies of Florida, but part of her heart remains firmly in that small New England city of great significance, a microcosm of American history spanning from before the Revolution through the Civil War, the Industrial Age, the Gilded Age, and beyond.

Murder in an English Village (2017)
(Beryl and Edwina Mystery, book 1)
Jessica Ellicott
"You'll fall in love with genteel Edwina and gregarious Beryl, a quirky pair of sleuths who pool their respective talents and doggedly get the job done. Great fun from start to finish, murder has never been so adorable!"

Searcher of the Dead (2018)
(Bess Ellyott Mystery, book 1)
Nancy Herriman
"Nancy Herriman’s vivid tale sets us smack in the middle of the period amid all its grandeur and grit…Exciting…Bess Ellyot is an intrepid sleuth and I’m looking forward to reading more (all) of this series!"

A Lady's Guide to Etiquette and Murder (2018)
(Countess of Harleigh Mystery, book 1)
Dianne Freeman
"Dianne Freeman has penned a mystery that’s witty and fun, with just the right amount of danger and romance to keep you turning pages."

Death of a New American (2019)
(Jane Prescott, book 2)
Mariah Fredericks
"An engrossing page turner with an engaging sleuth, an in depth study of human nature across social lines, and a fearless exploration of Gilded Age New York with its underbelly of poverty, crime, and ruthless politics. I'm loving this series!"

Murder At Morrington Hall (2019)
(Stella and Lyndy Mystery, book 1)
Clara McKenna
"With her unconventional, contrary ways, American heiress Stella lays siege to every notion of decorum held dear by her soon-to-be British in-laws, but she and their elegant son Lyndy find more in common than either thought possible. Together, Stella and Lyndy make a delicious pair. They'll win your hearts as they win each other's in this charming, clever mystery!"

Poppy Redfern and the Midnight Murders (2019)
(Air Warden Mystery, book 1)
Tessa Arlen
"The enemy doesn't stand a chance with courageous Poppy on patrol. You'll love this character so much you'll want her as your best friend. I know I do! I can't wait for the next Woman of WWII Mystery!"

A Fatal Finale (2020)
(Ella Shane Mystery, book 1)
Kathleen Marple Kalb
"In A Fatal Finale, Kathleen Marple Kalb raises the curtain on the tarnished glamour of the New York City theater scene in the Gilded Age, with a cast of characters so genuine and loveable you won’t want to leave them when the book is over. Bravo to this engaging debut! I look forward to encore after encore!"

Deception by Gaslight (2020)
(Gilded Gotham Mystery, book 1)
Kate Belli
"From Fifth Avenue mansions to back alley pubs, a gutsy female reporter and a rags-to-riches millionaire take on societal intrigue and political double-dealing in this entertaining and romantic tale of Gilded Age New York."