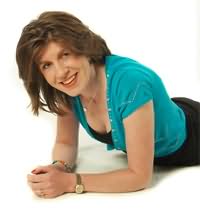 (Patricia Kay)
Ireland (b.1966)
Erin Kaye (real name Patricia Kay) was born in Larne, Northern Ireland in 1966. She studied Geography at the University of Ulster where she met her husband, Mervyn. They married ten days after graduating and moved to Scotland where Erin joined a Scottish bank as a graduate recruit. Ten years later she'd had enough of the long working-hours culture and decided to pack it all in to write her first novel. Mothers and Daughters was published in 2003, followed in 2004 by Choices, Second Chances in 2005, Closer to Home in 2006 and My Husband's Lover in 2008.Erin lives in North Berwick on the East Coast of Scotland with her husband, two young sons, Ryan and Liam, and Murphy the dog.