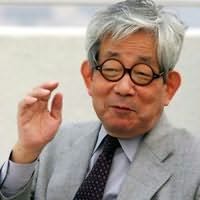 The Old Garden (2009)
Hwang Sok-Yong
"The most powerful voice in fiction in East Asia today."

The Lonesome Bodybuilder (2018)
Yukiko Motoya
"I knew immediately this book was a work of quality entertainment by a writer who had consciously worked to hone their craft - but was it literature? I had the lingering doubts of an old man now far removed from the current readership. Wanting to delve deeper, I decided to read it again, laying aside my long-held view of fiction: one that demarcated 'entertainment' from 'real literature.' I realized I couldn't deny it. This collection serves almost as a sampler of fresh ideas and forms, but the pieces demanded more than simply to enjoy them and then put them away, saying, 'Well, that was fun.' How is it that these pieces work with their twists and tricks, and then, on top of that, also attain the state of literature? The writer possesses an acuity in human observation that will be a life's work, and the prose skill to describe it concisely. After tasting the delightful surprises in each story in this varied collection, I felt not as though I had passed through a gallery hung with individual talents, but that I had seen at one glance the irrepressible formation of an artist."
Visitors to this page also looked at these authors
Eiji Yoshikawa
Seichō Matsumoto
Natsuo Kirino
Masako Togawa
Keigo Higashino
Ryūnosuke Akutagawa
Yasunari Kawabata
Junichirō Tanizaki
Kazuo Ishiguro
Ryu Murakami
Banana Yoshimoto
Shizuko Natsuki
Hwang Sok-Yong
Sayaka Murata
Soji Shimada
Yukio Mishima