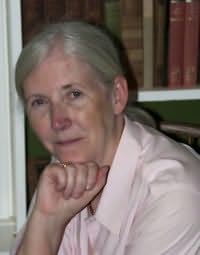 Susan Oleksiw is the author of two mystery series. The Mellingham series features Chief of Police Joe Silva and is set in the small New England town of Mellingham.

The second series features Indian American photographer Anita Ray, who lives with her Auntie Meena in South India, helping her aunt run a tourist hotel. Anita Ray first appeared in a series of short stories published in Alfred Hitchcock Mystery Magazine and anthologies. The South Indian series continues Oleksiw's lifelong love of India, which led her to graduate school and a PhD in Sanskrit.

Oleksiw is well known for her work in nonfiction as well. She is the author of The Reader's Guide to the Classic British Mystery (1988), still considered one of the best references for crime fiction; and she was a co-editor of The Oxford Companion to Crime and Mystery Writing (1999). Her articles on crime fiction have appeared in numerous articles and books, and her reviews were widely published.

Non fiction
A Reader's Guide to the Classic British Mystery (1988)