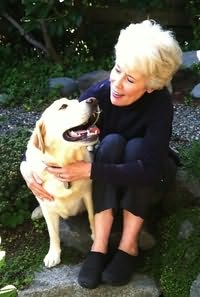 Kristin von Kreisler was born on October 4, the feast day of St. Francis of Assisi.  All her life she has loved and rescued animals.  She has written bestselling books about them and has spoken about their welfare on Coast to Coast to 560 U.S. cities and on the Voice of America to 123 million people.