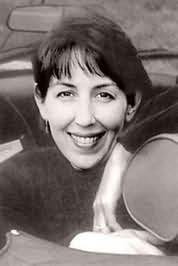 Lynn Kurland is a best-selling American writer of historical or time travel romance novels. All her novels form families mixed through the centuries, the main ones are: De Piaget and MacLeod.

Lynn began her writing career at the tender age of five with a series of illustrated shorts entitled Clinton's Troubles in which the compelling hero found himself in all sorts of, well, trouble. She was living in Hawaii at the time and the scope for her imagination (poisoned fish, tropical cliffs,large spiders) was great and Clinton bore the brunt of it. After returning to the states a short while later, writing gave way to music and a poor sap being felled with arrows, being eaten by fish and falling off cars was put aside for operatic heroes in tights.

But somehow during high school, in between bouts of Verdi and Rossini, she managed to find time to submerge herself in equal parts of Tolkien, Barbara Cartland and Mad Magazine. During college, a chance encounter with a large library stack of romances left her hooked, gave her the courage to put pen to paper herself, and finally satisfied that need for a little bit of fantasy with a whole lot of romance!

Two children, three cats, a remodel or two and thousands of pages later, she still loves what she does, still loves finding ways to write the out-of-the-ordinary in everyday situations, and wonders quite often if the castles she occasionally gets to visit really are haunted...