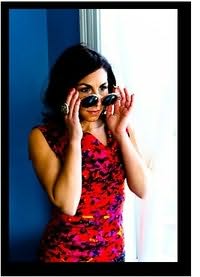 Shannon Kirk is a practicing attorney and law professor in Massachusetts, where she lives with her husband, a physicist and ultra-marathoner, and son, a cat-loving, basketball-playing eleven-year-old. Shannon is a three-time finalist in the William Faulkner Wisdom Writing Competition: 2012 Novel-in-Progress, Heavens (literary fiction, finalist); 2013 Novella, 15/33 (thriller, finalist); and 2014 Novel-in-Progress, The Impossibility of Interplanetary Love (literary fiction, short-list finalist). Prior to moving to Massachusetts, Shannon was a trial attorney in Chicago for ten years. Born in Easton, Pennsylvania, Shannon spent her very early years moving around the country: Texas, Indiana, Massachusetts, Upstate New York, and finally settled to grow up mostly in Raymond, New Hampshire. Her home was an eccentric and loud, although loving, household with ten million pets of dubious origin. Both her parents encouraged pursuits in the arts, often dragging her and her three brothers to flea markets and antique shows, while giving lessons on the genius of Bob Dylan and Santana. Shannon's three brothers are artists: one, a rap/blues musician, another a sculptor, and another a physical therapist with a woodshop. Shannon attended Trinity High School and moved on to West Virginia Wesleyan and St. John's for college. She graduated from Suffolk Law School in 1998, where she is currently an adjunct law professor. When not writing or practicing law, Shannon enjoys creating sea-glass sculptures, painting, and hanging with her family and two cats, Marvin Garcia Marquez and Stewie Poe, named after her writing influences.

Shannon is a member of International Thriller Writers and Mystery Writers of America.

A-List (2017)
(Jake Longly, book 2)
D P Lyle
"A-List carries us away to New Orleans where DP Lyle doesn't disappoint. Big Hollywood stars, big egos, big crime, big mob, a young dead girl in a hotel room, beignets, the glory of New Orleans food and fast driving, what's not to love? The sexiness and humor of A-List will keep you as transfixed as a stolen afternoon in the Monteleone's hypnotic carousel bar. Highly recommended!"