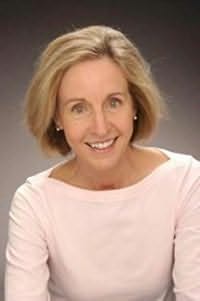 Susan Stafford Kelly was raised in Rutherfordton, North Carolina. She attended St. Catherine's School, the University of North Carolina at Chapel Hill, and earned her Master of Fine Arts in Creative Writing from Warren Wilson College. She has been a fellow at the Virginia Center for the Creative Arts and taught Creative Writing for the North Carolina Writers Network, at UNC-Greensboro, Salem College, and the summer program at Woodberry Forest School. Susan's novel HOW CLOSE WE COME won the Carolina Novel Award in 1997 and was reissued nationally in 1998 by Warner Books. German and Russian rights were sold and the book was an Alternate Selection in the Book-of-the-Month Club. Her second novel, EVEN NOW, followed in July of 2001. THE LAST OF SOMETHING was published by Pegasus Books in 2006, followed by NOW YOU KNOW in 2008. Her newest and 5th novel, BY ACCIDENT is forthcoming from Pegasus Books in April 2010. Susan is a member of the North Carolina Writers Conference. She and her husband Sterling live in Greensboro, NC and have three children.