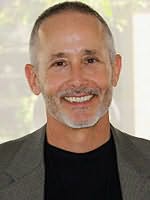 Steven Saylor's fascination with Ancient Rome began in childhood. A history graduate and former newspaper and magazine editor, he lives in Berkeley, California.

Under the Eagle (2000)
(Eagles of the Empire, book 1)
Simon Scarrow
"Under The Eagle surprised me. I was expecting a rip-roaring page-turner -- which it is. What I didn't expect was how often I would slow down when turning the pages to savor the sturdy elegance and incisive wit of Simon Scarrow's writing."

The Thieves of Ostia (2001)
(Roman Mysteries, book 1)
Caroline Lawrence
"I wish these novels had been around when I was a boy!"

Mandrake and Murder (2009)
(Robin & Marian Mysteries)
Clayton Emery
"The atmosphere is vivid, the writing sharp, and the puzzles neatly constructed..."