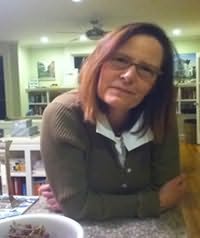 Nancy Lemann, a novelist and author of five books, joins the Writing Programs faculty in Spring 2009 as visiting writer. Lemann teaches a Fiction Workshop at the Washington Center. She has published the novels Lives of the Saints (Knopf, 1985), Sportsmans Paradise (Knopf, 1992), The Fiery Pantheon (Scribner, 1998), and Malaise (Scribner, 2002), along with Ritz of the Bayou (Knopf, 1987), a nonfiction account of the racketeering trial of Louisiana governor Edwin Edwards in New Orleans. She has also published excerpts and articles in Paris Review, Esquire, Elle, New Republic, Oxford American, Slate, and New York Observer. She is completing her fifth novel, described as an intergenerational saga of New Orleans culminating in the hurricane. Originally from New Orleans, Lemann has a BA from Brown and an MFA from Columbia. About writing and teaching she says, You read the classics and analyze the components of structure and style and sometimes you will say I could never do that but once in a while you will say That is within my range and the inspiration proceeds from there. You figure out where your own strengths lie and run with the ball; you identify your weaknesses and try to improve them. You seek to find your material and your voice. She has taught at The Writers Voice at the West Side Y in New York, and, since 2004, at The Writers Center in Bethesda. She lives in Chevy Chase, Maryland.
Series
Voices of the South
1. Lives of the Saints (1985)
2. Sportsman's Paradise (1998)
3. Malaise (2002)