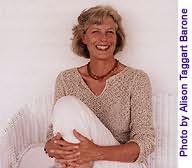 (b.1947)
Childrens fiction writer Janet Taylor Lisle was born in Englewood, New Jersey, the eldest in a family of five, and the only girl. She and her brothers grew up in Connecticut and on the Rhode Island seacoast, a rugged landscape she would later use in many of her novels. She worked as a VISTA volunteer in Georgia and was a newspaper reporter before turning to fiction. Since the mid-1980s when her first book appeared, she has published sixteen novels for children and young adults, including Afternoon of the Elves, a Newbery Honor book and The Art of Keeping Cool, which won the Scott ODell Award for Historical Fiction. She lives with her husband in Little Compton, Rhode Island.
Series
Investigators of the Unknown
1. The Gold Dust Letters (1994)
2. Looking for Juliette (1994)
3. A Message from the Match Girl (1995)
4. Angela's Aliens (1996)