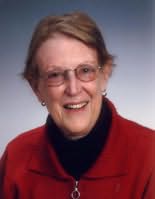 New Zealand (1936 - 2012)
Margaret Mahy was born in New Zealand in 1936, the eldest of five children, with a huge extended family in the surrounding neighbourhood, and from the beginning her vivid imagination and love of storytelling sometimes confused reality and fantasy. She was a solitary little tomboy, living in her own world and talking out loud to herself. She knew she would be A Writer.

She studied philosophy at university in Auckland and Christchurch, and then qualified as a librarian, specialising in children's reading. She brought up her two daughters alone, which at the time meant life was often tough. In 1968, an American publisher spotted one of her stories published in a journal issued to New Zealand schools. They asked for more and Margaret sent them one hundred - fifteen years of unpublished work. They were taken and she really was A Writer.

Margaret published well over a hundred titles and won several major prizes and awards including the highest honour New Zealand offers, The Order of New Zealand, limited to 20 living people, for her internationally-acclaimed contribution to children's literature. Besides this, she twice won the prestigious Carnegie Medal, ('The Haunting', 1982, and 'The Changeover' 1984) In the States too, her books are rapturously received, several having been chosen as ALA Notables and Best Books of the Year. Margaret Mahy 's books have been translated into more than fifteen languages.