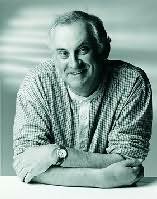 Anthony Masters was a writer, educator and humanitarian of exceptional gifts and prodigious energy. He was, in the parlance of his spiritual ancestors, the ancient mariners, that rare voyager "as gracious as a trade wind and as dependable as an anchor".

Masters embarked on his eventful and versatile career when still a teenager. Having organised a rebellion in his public school, King's College, Wimbledon, against the obligatory investment in its antiquated uniform, he found himself promptly expelled and in need of earning a living.

So he became the writer he had always wanted to be and published, in 1964, aged 23, A Pocketful of Rye, a collection of short stories of exquisite imaginative range and freshness of style which was runner-up for the John Llewellyn Rhys Memorial Prize. Masters won the prize two years later with his second book, the novel The Seahorse. Thereafter, he tested his considerable literary muscles by writing both fiction and non-fiction.