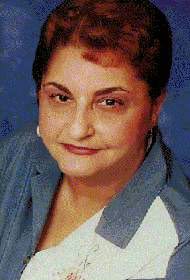 aka Cara Miles
Connie Mason is the bestselling author of more than thirty historical romances and novellas. Her tales of passion and adventure are set in exotic as well as American locales. Connie was named Story Teller of the Year in 1990 by Romantic Times, and was presented a Career Achievement award in the Western category by Romantic Times in 1994. Connie makes her home in Tarpon Springs, Florida, with her husband, Jerry.

Connie was featured on a segment of "48 Hours," a CBS television production that devoted a one-hour program to the romance industry.

In addition to writing and traveling, Connie relishes telling anyone who will listen about her three children and nine grandchildren, and sharing memories of her years living abroad in Europe and Asia as the wife of a career serviceman. In her spare time Connie enjoys reading, dancing, playing bridge and freshwater fishing with her husband.