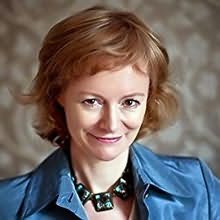 A pseudonym used by Mary Bly
Eloisa James writes historical romances for HarperCollins Publishers. Her novels have been published to great acclaim. A reviewer from USA Today wrote of Eloisa's very first book that she "found herself devouring the book like a dieter with a Hershey bar"; later People Magazine raved that "romance writing does not get much better than this." Her novels have repeatedly received starred reviews from Publishers' Weekly and Library Journal and regularly appear on the best-seller lists.

Omnibus
The One That Got Away (2004) (with Victoria Alexander, Liz Carlyle and Cathy Maxwell)
A Wild Pursuit / Your Wicked Ways (2004)
Talk of the Ton (2005) (with Rebecca Hagan Lee and Julia London)
As You Wish (2013)
Mistletoe Christmas (2021) (with Christi Caldwell, Janna MacGregor and Erica Ridley)

The Naked Gentleman (2008)
(Naked Nobility, book 4)
Sally MacKenzie
"Naked, noble and irresistible - who could resist one of Sally MacKenzie's heroes?"

One Week As Lovers (2009)
Victoria Dahl
"So hot the pages smoke. Don't miss this book!"

The Bad Luck Bride (2017)
(Cavensham Heiresses, book 1)
Janna MacGregor
"A delightful debut! Janna MacGregor bewitched me with her captivating characters and a romance that sizzles off the page. I'm already a huge fan!"

Someone to Trust (2018)
(Westcott, book 5)
Mary Balogh
"When it comes to historical romance, Mary Balogh is one of my favorites!."

The Nightborn (2021)
(Stormbringer , book 2)
Isabel Cooper
"The mix of haed-headed realism and fantasy in this novel is enchanting."