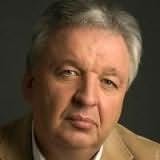 (b.1953)
Educated at Trinity College, Cambridge, Nigel McCrery is a film maker and writer. He created SILENT WITNESS and TOUCHING EVIL and produced ALL THE KING'S MEN staring Maggie Smith and David Jason.

He is the author of six SILENT WITNESS books and won the Edgar Allan Poe award for crime fiction. He is the man who arranged for the remains of TSAR NICHOLAS AND THE RUSSIAN ROYAL FAMILY to be brought to the UK for the forensic tests that showed they were the real bodies. Rusty Firmin was one of the SAS assault team involved.