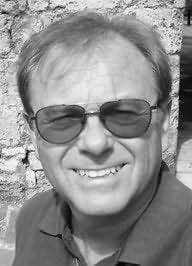 James Raven has been a journalist for most of his working life. After reporting for local, regional and national newspapers he moved into television as a news scriptwriter. He then worked his way up to become Director of a UK News Division. He now runs his own TV production company. James spends much of his time writing and travelling. He is also an accomplished magician.

He is the author of a number of books including After the Execution, Malicious, Rollover, Stark Warning, Urban Myth, Red Blitz and Arctic Blood.