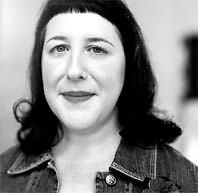 Sarra Manning is a writer from England. She attended the University of Sussex and took up an English with Media Studies degree. She became a freelance writer after submitting her work to Melody Maker. She worked as the entertainment editor for five years of the now-defunct teen magazine J-17. Manning was the editor of Elle Girl (UK edition), then re-launched What To Wear magazine and has worked on UK magazines such as Bliss and The Face. She's contributed to ELLE, Seventeen, The Guardian and Details and now is a contributing editor to ELLE UK and writes regularly for "Grazia", Red Magazine and "The Sunday Telegraph Stella Magazine" too, as well as consulting for a number of British magazine publishers. She has been dubbed the "teen queen extraordinaire" but her first adult novel, "Unsticky" will be published by Headline in 2009.

Songs of Love and War (2015)
(Deverill Chronicles, book 1)
Santa Montefiore
"I have a tendresse for sweeping and epic romantic sagas set around huge houses and aristocratic families and Santa Montefiore hits the spot for me like few other writers... Lush, vivid storytelling."

The Crime Writer (2016)
Jill Dawson
"A dark tale of madness and murder, of obsession and delusion, that's worthy of Highsmith herself."

The State of Grace (2017)
Rachael Lucas
"A sweetly funny look at first love, family and faking it told from the perspective of a heroine with Asperger's and her own particular way of looking at the world."

Johannesburg (2017)
Fiona Melrose
"Following the interlinked lives of a handful of Johannesburg residents, this is an ambitious, beautifully written novel that seems to sing."

Happiness for Humans (2018)
P Z Reizin
"One of the most uplifting and romantic novels I've read in a long time."

Fatal Inheritance (2018)
Rachel Rhys
"I am racing though this delicious thriller set on the French Riviera in 1948. Rachel Rhys really is a natural successor to Patricia Highsmith. Out July, put it on preorder now so you don’t forget."

Blackberry and Wild Rose (2019)
Sonia Velton
"This exquisitely evocative novel will appeal to fans of The Miniaturist."

In At the Deep End (2019)
Kate Davies
"I was snorting with mirth like a little piggy on every page. Utter filth and very, very, very funny."