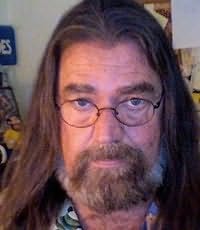 aka D B Drumm
Ed Naha is an American science fiction and mystery writer and producer. He was born June 10, 1950 in the town of Linden, New Jersey. His first known publication was artwork that appeared in the first issue of Modern Monsters magazine, dated June 1966. His early career was as a journalist, writing pieces about film and rock music for American magazines. He worked as publicist for music records producers and also produced records on his own.

Naha worked as a staff writer and editor for the science fiction film magazine Starlog. Under the pseudonym Joe Bonham, he edited the first issue of Starlog's sister magazine, the popular horror film magazine Fangoria. Naha has written more than 25 novels in the horror, mystery and science fiction genres. His mystery novel Cracking Up was nominated for the Edgar Award for "Best Paperback Original" by the Mystery Writers of America in 1992.