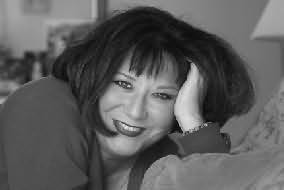 Erica writes for the Red Dress Ink and MIRA imprints, and the Silhouette Nocturne series. Her books are sold internationally and have been translated into several languages.

Erica's books have been noted in US Weekly magazine (where they were twice selected for the "Hot Book Pick"), Cosmopolitan (which declared Spanish Disco "hilarious"), Romantic Times, as well as countless newspapers and online sites. Her books range from the funny Spanish Disco to The Roofer, a dark mob saga set in Hell's Kitchen, to Do They Wear High Heels in Heaven? (called "groundbreaking" by Romantic Times).

In her supposed free time, Erica enjoys playing poker and entertaining. She is an avid reader of philosophy and enjoys hunting for new Buddha statues for her collection.