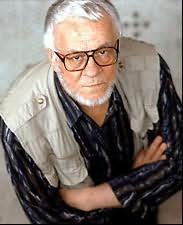 (1925 - 2002)
Jack Olsen was the award-winning author of thirty-three books published in fifteen countries and eleven languages. A former Time bureau chief, Olsen wrote for Vanity Fair, People, Paris Match, Readers Digest, Playboy, Life, Sports Illustrated, Fortune, New York Times Book Review and others. His magazine journalism appeared in thirteen anthologies. His books included The Misbegotten Son, The Bridge at Chappaquiddick,, the eco-thriller Night of the Grizzlies, and his monumental study of a Nazi massacre in Italy, Silence on Monte Sole. Three of his works were adapted for the screen, including Have You Seen My Son? on ABC.

Olsen's journalism earned the National Headliners Award, Chicago Newspaper Guild's Page One Award, commendations from Columbia and Indiana Universities, the Washington State Governor's Award, the Scripps-Howard Award and other honors. He was listed in Who's Who in America since 1968 and in Who's Who in the World since 1987. The Philadelphia Inquirer described him as "an American treasure."

Olsen was described as "the dean of true crime authors" by the Washington Post and the New York Daily News and "the master of true crime" by the Detroit Free Press and Newsday. Publishers Weekly called him "the best true crime writer around." His studies of crime are required reading in university criminology courses and have been cited in the New York Times Notable Books of the Year. In a page-one review, the Times described his work as "a genuine contribution to criminology and journalism alike."

Olsen is perhaps best known for his studies of rape: "Son": A Psychopath and His Victims, which won a Special Edgar Award from the Mystery Writers of America; Predator, the American Mystery Award winner for Best True Crime, and "Doc": The Rape of the Town of Lovell, awarded the 1991 Edgar for Best Fact Crime. He was named to the MWA's fact-crime committee in 1996 and appointed chair in 1997.