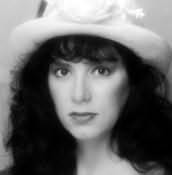 Laurel O'Donnell is the award-winning author of THE ANGEL AND THE PRINCE, MIDNIGHT SHADOW, CHAMPION OF THE HEART and other exciting historical romances. She began her writing career with a nomination by The Romance Writers of America for the Golden Heart Award for THE ANGEL AND THE PRINCE. Since then, she has been nominated for such awards as The Holt Medallion Award and several Romantic Times Reviewers' Choice Awards.

A KNIGHT OF HONOR won the Holt Medallion Award for Best Medieval Romance.