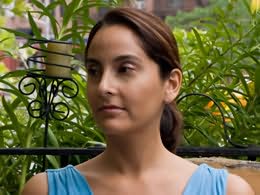 Micol Ostow is half Puerto Rican, half Jewish, half student, half writer, half chocolate, half peanut butter. When she is under deadline, she is often half asleep. She believes that the whole is greater than the sum of the parts except in the case of Chubby Hubby ice cream. She lives in New York City where she reads, runs, and drinks way too much coffee.