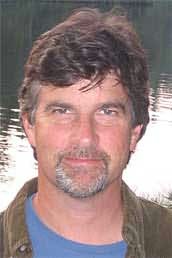 (b.1961)
James Preller is the children's book author of the Jigsaw Jones Mysteries, which are published by Scholastic Corporation.

James Preller is the youngest of seven children, and has two older brothers and four older sisters. He grew up in Wantagh, New York and went to college in Oneota, New York. After graduating from college in 1983, James Preller was employed as a waiter for one year before being hired as a copywriter by Scholastic Corporation, where he was introduced (through their books) to many noatable children's authors. This inspired James Preller to try writing his own books. James Preller published his first book, entitled MAXX TRAX: Avalanche Rescue, in 1986. Since that time, James Preller has written a variety of books, and has written under a number of pen names, including Mitzy Kafka, James Patrick, and Izzy Bonkers. James Preller lives in Delmar, New York with his wife Lisa and their three children.