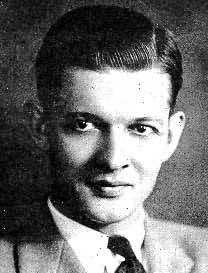 aka Jack McCready, Anne Talmage
U.S. Author (1920 - 2000) Talmage Powell began his writing career in 1942. Mr. Powell created over 200 stories for the pulp fiction magazines writing in almost every genre and for all of the top magazines. After the demise of the pulps, Mr. Powell continued to write another 300 plus short stories for fiction magazines such as Ellery Queen, Alfred Hitchcock, Mike Shayne, Manhunt and Suspense.

Powell also had a number of successful novels published during the 1950s and 1960s. His Ed Rivers series is recognized as some of the best Private Investigator stories from that era. Mr. Powell also had written a number of novels under the Ellery Queen by line as well. He also contributed his creative talents to screenwriting and television work.  almage Powell has had a long and successful career by delivering suspensful, intelligent, action based stories that any reader would enjoy.