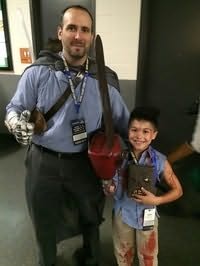 In his head, Jason Parent lives in many places, but in the real world, he calls New England his home. The region offers an abundance of settings for his writing and many wonderful places in which to write them. He currently resides in Southeastern Massachusetts with his cuddly corgi named Calypso.

In a prior life, Jason spent most of his time in front of a judge . . . as a civil litigator. When he finally tired of Latin phrases no one knew how to pronounce and explaining to people that real lawsuits are not started, tried and finalized within the 60-minute timeframe they see on TV (its harassing the witness; no one throws vicious woodland creatures at them), he traded in his cheap suits for flip flops and designer stubble. The flops got repossessed the next day, and hes back in the legal field . . . sorta. But thats another story.

When hes not working, Jason likes to kayak, catch a movie, travel any place that will let him enter, and play just about any sport (except that ball tied to the pole thing where you basically just whack the ball until it twists in a knot or takes somebodys head off he misses the appeal). And read and write, of course. He does that too sometimes.