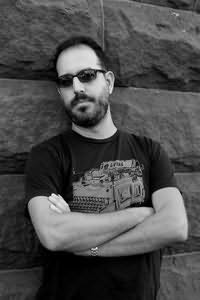 (Jonathan Papernick)
Jonathan Papernick's first collection of short stories The Ascent of Eli Israel was published by Arcade Publishing in 2002 and received a full-page review in the New York Times and a starred review in Publishers Weekly.

Papernick's second collection of stories pursues the conflicted inner turmoil of Jews caught in a modern maelstrom. Publishers Weekly wrote: "Papernick's new collection is tight and fearless." Author Dara Horn wrote: "Every single story here delivers a knock-out punch that will leave you reeling long after you've put it down -- and revising your thinking on what life and love really mean."

His novel The Book of Stone will be published by Fig Tree Books in May 2015.

He is currently writing stories towards his third collection, Gallery of the Disappeared Men.

Papernick is currently Senior Writer-in-Residence at Emerson College in Boston.
Novels
Who By Fire, Who By Blood (2007)
The Book of Stone (2015)