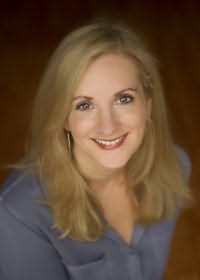 Sally J. Pla has a strange last name. Its Catalan, from between France and Spain. If you go to the Pyrenees, or to Barcelona, you might hear it, or meet someone with that name. Pla is pronounced like Blah, but with a P. It totally seems like it should have more letters in it. But, nope, it doesnt. Just: PLA.

Sally J. Pla has been a desk clerk at a creaky old hotel, a very forgetful waitress, and a terrible back-up singer for a local band. Thank goodness she found writing.

The Someday Birds, her first novel, is a Junior Library Guild Selection for 2017, and a starred review in Publishers Weekly. Kirkus called it hopeful, authentic, and oddly endearing. Booklist called it a delight from beginning to end. Its about many things, including war, chicken nuggets, OCD, rescue dogs, autism, un-extincting, and a cross-country quest for a mysterious bird guru who lives in a sanctuary marsh.

Sally has three sons and a husband (Go, team Pla!), and an enormous fluffy goldendoodle named Leo. Here is a picture of Leo. He weighs 80 pounds and sheds a lot.


Sally lives near lots of lemon trees in Southern California. Leo never strays too far from her side.