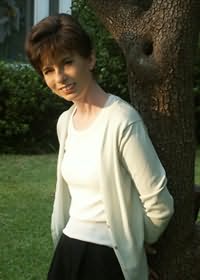 Though she was a lifelong scribbler, Cynthia Reese finished her first manuscript in 2005 as the result of a December 2004 New Year's Resolution. That manuscript wound up tucked safely under her bedand she went on to write three more manuscripts in 2005, one of which became The Baby Wait, her first of four published novels.

She lives in rural Georgia with her husband and their daughter, whom they adopted from China in 2002. When not at the computer, Cynthia spends the time with her daughter and her husband and often serves as a referee to the three family cats, two dogs, and two goldfish and the critters' inevitable squabbles.

Besides writing, she loves to read just about anything, even the back of the cereal box. It's a good thing she can write, because she can't dance, can't sing and her cooking is spotty at bestbut her family loves her anyway.

If she ever found oil under the petunias, she'd hire a personal chef and a housekeeper, travel the world to all the places she's always wanted to seeand never feel guilty again for curling up with a good book instead of doing the laundry.

Series contributed to
Suddenly A Parent
6. The Baby Wait (2007)