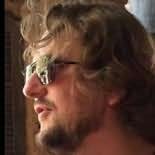 Andrew was born in the Soviet Union, but immigrated to the US when he was four years old. He doesnt remember much of life there, but has retained a love for weird Russian cartoons and a total indifference to being cold.

Andrews passion has always been storytelling, in all its forms: fiction, cinema, narrative video games, and long, rambling, frequently-exaggerated anecdotes. He spent his childhood devouring books, and his adolescence watching straight-to-DVD horror movies and playing jRPGS.

Andrew graduated from Vassar College with degrees in English and Russian literature (aka, the two languages he was already fluent in). While there, he was falsely accused of releasing a bear on campus, and once stole a fence and buried it in a swamp.

Since 2008, Andrew has worked as a videogame writer, producer, and designer. His focus has been on narrative mobile games, especially episodic ones. Some of these titles include Choices: Stories You Play, Surviving High School, Cause of Death, and High School Story.

Andrew is both color-blind and tone-deaf, which probably means he has some latent superpowers he just hasnt discovered.

He is represented by the amazing Sara Crowe of Pippin Properties.

Andrew lives in San Jose, California, with his wife, son, and two cats.

The best videogame of all time is Metal Gear Solid 3: Snake Eater. This is not a fun fact about Andrew, but an objective truth of the world.

The Echo Room (2018)
Parker Peevyhouse
"The Echo Room is a brilliant puzzle-box thriller, an intricate mystery with a deeply resonant heart. One of the most breathtakingly original and unpredictable books I've read all year!"