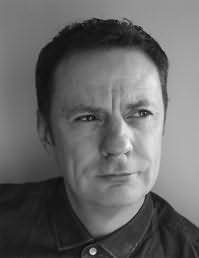 Thriller writer, Duncan Simpson spent his childhood in Cornwall, England. As a teenager he gained experience in a variety of jobs: from working in a mine, to doing shifts as a security guard in an American airport. After graduating from the University of Leeds with a physics degree, he spent a year backpacking around the world. On returning to the UK, he embarked on a successful career in business. Along the way, he became the finance director for a technology company and a partner in a leading management consultancy firm.

His debut novel, The History of Things to come was born out of his lifelong fascination with the relationship between science and religion. A keen student of the history of London, he loves exploring the ancient stories and myths surrounding the city. When he's not writing or consulting, you'll find him: playing guitar in a rock band, running by the Thames, or drinking tea with his wife and three children in their home in Berkshire, England.