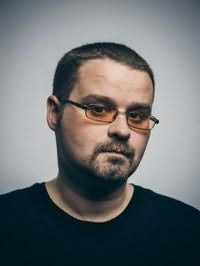 (b.1980)
ay Stringer was born in Walsall, West Midlands. He would like everyone to know hes not dead yet. He is a Hi-Tech Low-Life, who currently lives in Glasgow.

He has worked in the usual variety of jobs that leads to becoming a writer, including spells as a Zoo Keeper, Bookseller and Call Centre Lackey.

His work is a mixture of urban crime, mystery and social fiction, for which he coined the phrase social pulp fiction.

In another life he may have been a journalist, but people tell you more secrets if you talk to them as a crime writer.