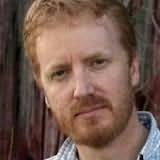 Dry Bones in the Valley (2014)
(Henry Farrell, book 1)
Tom Bouman
"Tom Bouman is a remarkable new voice in contemporary fiction. Dry Bones in the Valley is a tightly crafted piece of rural noir that seems pulled from the earth itself, a profound look at the dark corners of rural America. Readers of Daniel Woodrell and Donald Ray Pollock will find much to love."

Bull Mountain (2015)
(Bull Mountain, book 1)
Brian Panowich
"Dug into the landscape like a grave, Bull Mountain is a novel that resonates with a stirring combinationofgrace and brutality, of beauty and loss. In the Burroughs family, Brian Panowichcreates a clan with all the fire and depth of Faulkner s Henry Sutpen storming through a Steve Earle song."

Silent City (2016)
(Pete Fernandez, book 1)
Alex Segura
"A thrilling read that picks up speed with each page. This book was a fantastic debut in the mystery genre, and I m ecstatic that Pete Fernandez has his own series. Looking forward to more from Segura."