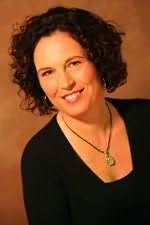 Prior to writing novels, her nonfiction work appeared regularly in magazines and newspapers, including Glamour, Mademoiselle, Natural Home, and others.

Where Petals Fall (2013)
Melissa Foster
"With vivid prose and a tender heart...a psychological and emotional mystery fueled by love in all its forms."

Close Enough to Touch (2017)
Colleen Oakley
"What would you do if you knew you were dying? This emotional debut and its gutsy heroine will have you laughing through tears and staying up late until you've reached the final, fully satisfying page."