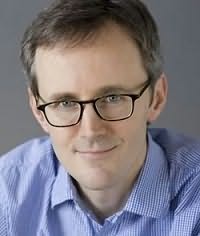 John Stephens received his MFA in Creative Writing from the University of Virginia in 1998. He then moved to Los Angeles, where he has worked as a writer-producer on Gilmore Girls and The O.C. He was most recently executive producer on Seasons 2 and 3 of Gossip Girl and has also directed episodes of The O.C. and Gossip Girl. John Stephens is taking leave from his television career to pursue his passion for writing for children. The Emerald Atlas is his first novel.