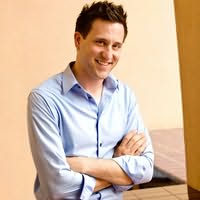 Joshua Sundquist is an American Paralympian, a bestselling author and motivational speaker. He lost his left leg to Ewing's sarcoma at age nine and later became a Paralympic ski racer.
Novels
Love and First Sight (2017)

Twelve Steps to Normal (2018)
Farrah Penn
"Twelve Steps to Normal is a searing, gut-punch of a story--one that is, unfortunately, all too common. It takes us through all the painful steps of a relationship with someone suffering from addiction, but it does so in a voice that's funny and personal enough to make us want to keep turning the page, even when we are afraid of what we might find there."
Visitors to this page also looked at these authors
Jamie Harrison
Abir Mukherjee
Camilla Chafer
Harry Dolan
Erica Bauermeister
Sonya Sones
John Hart
Louis Auchincloss
Tawni O'Dell
Peter Dawson
Louise Penny
Elizabeth Edmondson
P J Tracy
Jamie Harrison
Elaine Viets
Gayle Roper