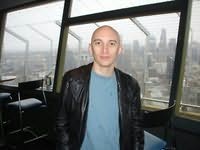 Germany
Kal Spriggs started reading science fiction and fantasy in elementary school. Eventually he was the only eight year old with permission from the local public library to check out books from the adult section because he'd read everything else. He's written ever since he started running out of 'good' stuff to read when he was twelve, although he likes to think his writing has improved, if only slightly.

Spriggs is a graduate of the United States Merchant Marine Academy with an engineering degree. He followed in his parents' footsteps and joined the US Army after graduation and currently serves as an active duty Engineer captain. As well as earning a masters degree in environmental engineering, he's been deployed to both Afghanistan and Iraq.